Just added to your cart

If you weren’t at Old Man Monday W18 at Prime Skatepark you missed an absolute banger! A bunch of new faces popped out of the woodwork including a Plymouth legends “Paul Marten” and “Rich Ticehurst”.

A few check ins included old faves “Joe Trethewey” and “Andy Partridge”, with a bunch of beauties – James Freestone, Simon Gillard, Paul Sampson, Marc Colwill and his… mates – Pardon the old man memory guys. Another top bloke who smashed it was the one and only “Luke Young”. The night was another fun one for all ages (mostly younger peeps).

Paul Sampson: Old Man Monday was awesome tonight! Rammed with 30+ rippers and us oldies… Paul Marten skated, first time in I don’t know how long… Richard Ticehurst turned up! Looking for some quieter sessions with you boys in future. Good to see some regulars Simon Gillard James Freestone Tom Crago and met some new people too. Ash Parker and Nick Marker were in the house skating too! Knackered but stoked now.

Simon (Big Kids Toys) Gillard (I must remember to interview him about that) is always full of enthusiasm. Still ripping it up, Simon also pulls the camera out to shoot a few pics amongst his session. You never know when he might show up…

Well I’m not too sure what happened here. Things got weird when Andy Partridge turned down a beer, then the next thing I knew, there was an old face that used to buy tobacco from the first skateshop on Southside street called Sheila. Getting a bit older but not that old – “56” she declared until the barmaid asked her if she had travelled back in time!!! Anyways – I remember this one of a couple buying loose tobacco from me daily from the first shop we had in Plymouth during 95 – 98ish. Joe Trethewey bonded nicely and busted out some great questions… Until Sheila got comfortable and asked Joe a few things like these…

Sheila: If your boat caught on fire, where will you run?

Sheila:Have you got anything to Google

And she said “type in the 18th century”. Joe replied “anything in particular”? Dinosaurs (she replied). The next thing I saw was her dinosaur tobacco tin.

Then Joe went for the selfie option like this… 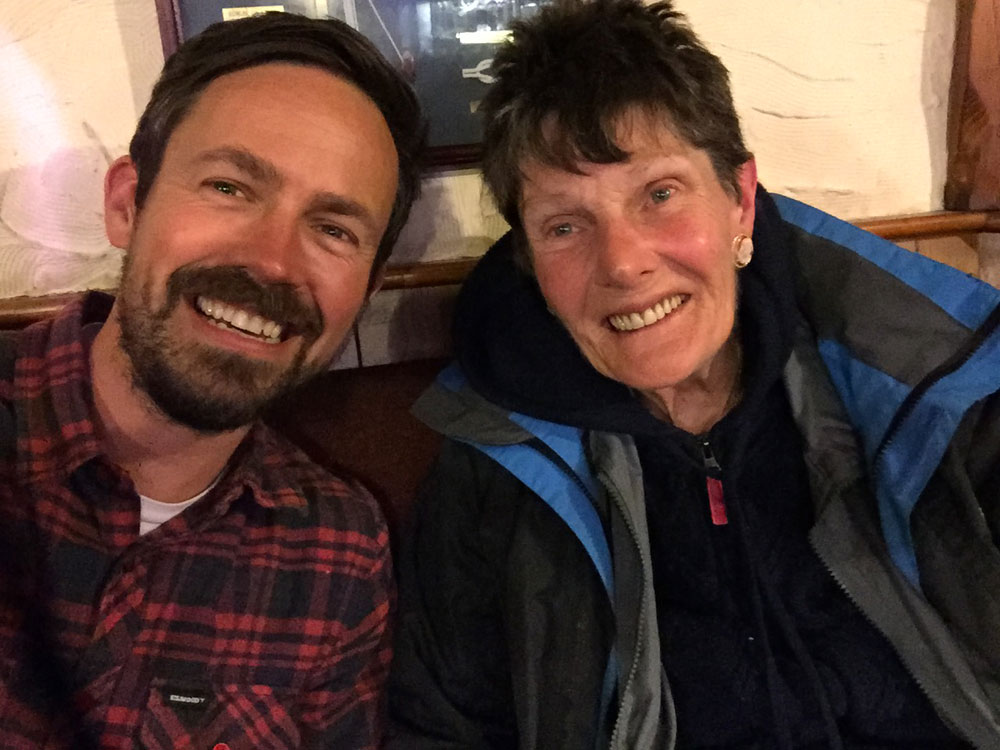 Then Sheila suggested he took a picture of the machine – Then it was most certainly home time- Until nex time suckas!